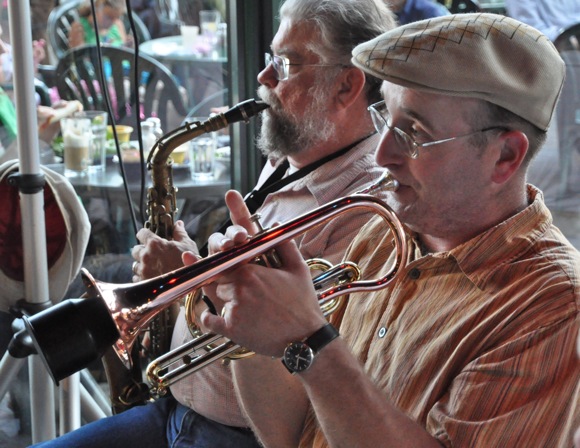 Let's celebrate the approaching Independence Day with Clint Baker's New Orleans Jazz Band! The band appeared at the New Orleans Jazz and Heritage Festival in 1992, performing with Willie and Percy Humphrey; and they appeared at the Monterey Jazz Festival in 1999. The band has toured festivals in the US and Canada extensively and was voted one of the top five Favorite New (Emerging) Jazz Bands in the 1998 Mississippi Rag Trad Jazz and Ragtime Poll. In the same poll Clint was voted one of the top three Favorite New (Emerging) Musicians. In 2003, CBNOJB appeared at Osaka Jazz Street with the version of the band you will hear at the Jazz Bash by the Bay.

Don't forget, it's also the night of the finals for this year's Harvest Moon Jack & Jill Derby!